UPFA has decided to withdraw from the Government and will inform its decision to the Speaker as per Minister Mahinda Amaraweera. 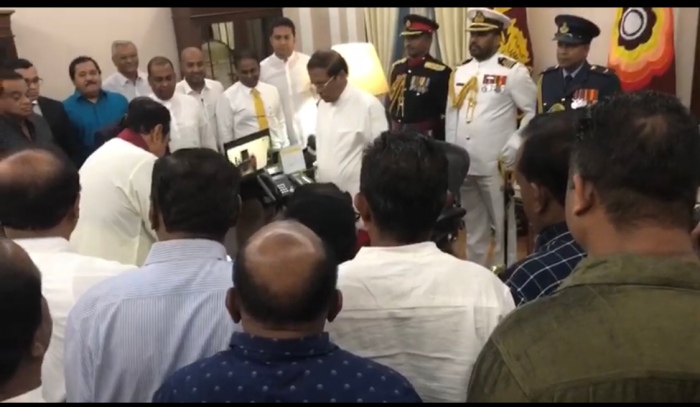 In complete twist of events, social media videos showed Former President Mahinda Rajapaksa sworn in as Prime Minister before the President a short while ago.